The Future of Cryptocurrency in the Next 5 Years 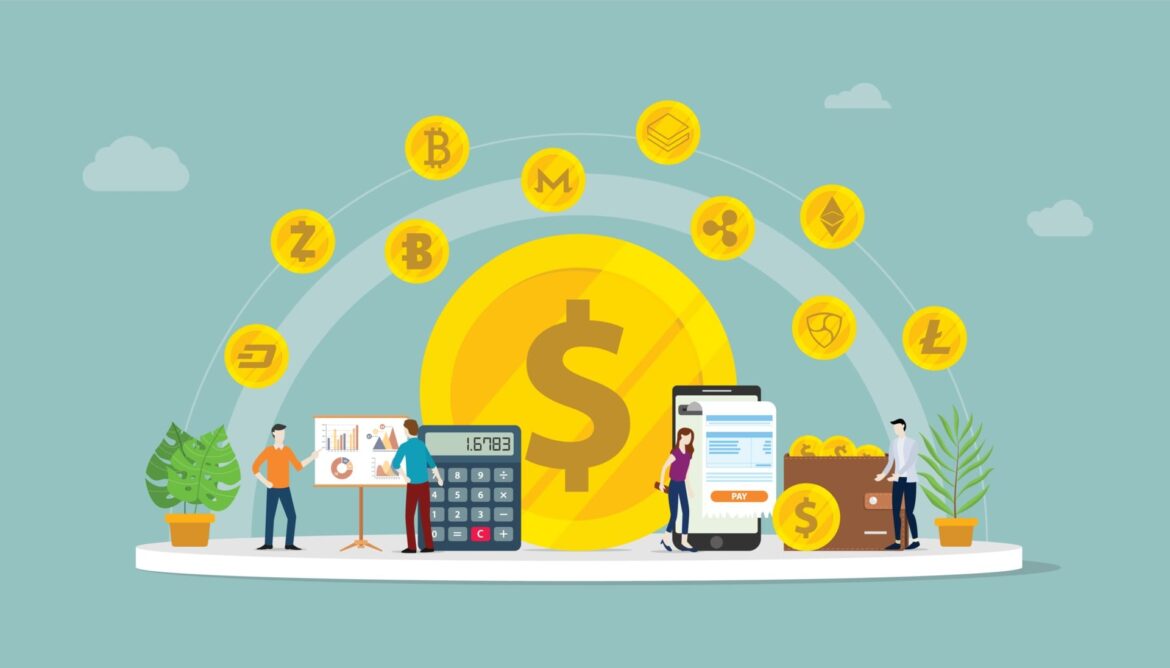 The future of cryptocurrency… cryptocurrency has come a long way since the inception of Bitcoin in 2009. It has evolved from being a niche technology used by a small group of enthusiasts to a mainstream financial instrument with the potential to revolutionize the way we think about money and transactions.

As we look towards the future, it’s natural to wonder what the next five years hold for the cryptocurrency market. In this blog post, we’ll explore the future of cryptocurrency including some of the key trends and developments that are likely to shape the direction of crypto in the coming years.

One of the main hurdles that cryptocurrency has faced in the past is the lack of widespread adoption.

While there are certainly many people who are excited about the potential of crypto, there are still many others who are hesitant to get involved due to a lack of understanding or fear of the unknown.

However, as the technology continues to mature and more people become familiar with it, it’s likely that we’ll see increased adoption and integration of cryptocurrency into mainstream financial systems.

This could involve the development of more user-friendly wallet apps, the integration of crypto payments into popular online and offline retailers, and the acceptance of cryptocurrency as a form of payment for goods and services.

This could involve the development of standardized regulations for the handling and storage of cryptocurrency, as well as the establishment of legal frameworks for resolving disputes involving crypto transactions.

Greater regulation and legal recognition of cryptocurrency could help to increase the level of trust and confidence in the market, making it more appealing to a wider range of investors and users.

It could also help to protect consumers and prevent fraud, which has been a significant concern in the past.

The Rise of Security Tokens

One of the most significant trends to watch in the next five years is the rise of security tokens.

These are digital assets that represent ownership in a physical asset, such as real estate, artwork, or a company’s stock.

Security tokens offer a number of benefits over traditional securities, including faster and cheaper transactions, greater transparency, and the ability to fractionalize ownership.

As such, it’s likely that we’ll see more and more companies issuing security tokens as a way to raise capital and offer investors a new way to participate in traditional asset classes.

DeFi refers to financial systems and applications that are built on blockchain technology and operate without the need for traditional intermediaries, such as banks or credit card companies.

In the past few years, we’ve seen the rapid growth of DeFi, with new platforms and protocols emerging that offer a wide range of financial services, such as lending, borrowing, trading, and payment processing.

As DeFi continues to evolve and mature, it’s likely that we’ll see more and more people using these platforms to access financial services and participate in the global economy.

This could have significant implications for traditional financial institutions and the way that we think about financial services.

One of the most intriguing developments on the horizon is the potential for central bank CBDCs. These are digital versions of traditional fiat currencies that are issued and backed by central banks.

While many central banks are still in the early stages of exploring CBDCs, it’s likely that we’ll see more and more of them issuing their own digital currencies in the coming years.

This could have significant implications for the global financial system, as it would allow central banks to have more control over the flow of money and potentially make it easier for people to access financial services.

CBDCs could also have an impact on the cryptocurrency market, as they would be backed by a central authority and potentially offer some of the same benefits as traditional fiat currencies.

It’s still too early to say how exactly CBDCs will impact the market, but it’s definitely something to keep an eye on in the next five years.

The future of cryptocurrency is full of potential and promise. With increased adoption and integration, greater regulation and legal recognition, the rise of security tokens, the evolution of DeFi, and the potential for CBDCs, there are many exciting developments on the horizon. While there are certainly still challenges and risks to navigate, it’s clear that cryptocurrency is here to stay and will continue to shape the way we think about money and transactions in the years to come.

7 Tokenized Real Estate Platforms you Should Know About

7 Crypto Narratives to Watch Out for in...